“We are travelers on a cosmic journey, stardust, swirling and dancing in the eddies and whirlpools of infinity. Life is eternal. We have stopped for a moment to encounter each other, to meet, to love, to share. This is a precious moment. It is a little parenthesis in eternity.” – The Alchemist, Paulo Cuelho

When we were asked to consider a “personal project” in Auroville, I knew long before – a year ago approximately – that surfing would be my mine. When setting intentions for 2018, I was thinking about my life as a sum of experiences and what Benjamin Franklin once wrote, “Time. That is the stuff life is made of.”

And so it happened, on Christmas Day, I started not quite surfing, but instead, wiping out with dismal disgrace (no pictures of actual belly flopping will be provided). 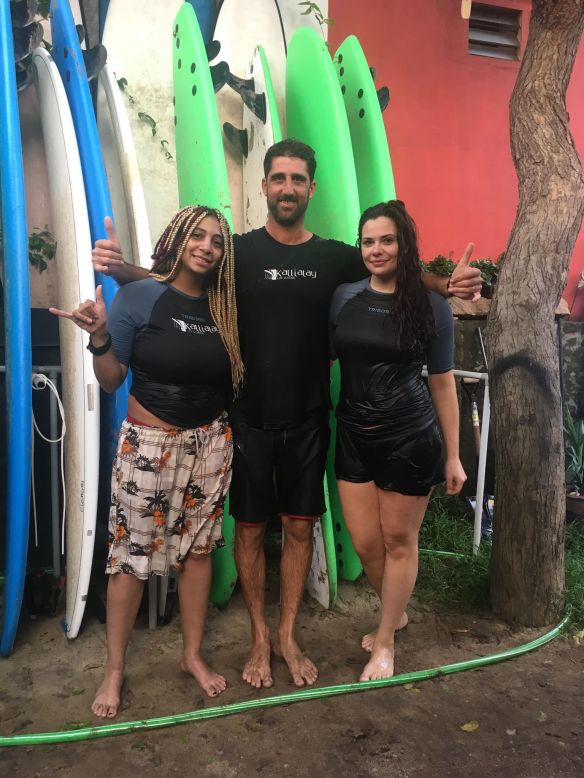 As much I wanted to say Fuck this in between the mouthfuls of warm salty water, I couldn’t help but use the experience as an opportunity for deeper understanding and growth.

Why is it harder to let ourselves “fail” as adults, when for kids it’s child’s play?

My session with Vikram, an Aurovillian metaphysical trainer and councilor, came back to me in a flash of intuition.

-Envision success, envision failure. What are they really?

-Exactly, now let yourself fall. Get back up.

On that beat, a few lines from the poem “Failing and Flying” by one of my favorite, lesser-known poets, Jack Gilbert, go a little somethin’ like this:

Everyone forgets that Icarus also flew.

It’s the same when love comes to an end,

or the marriage fails and people say

they knew it was a mistake, that everybody

said it would never work. That she was

old enough to know better. But anything

The poet uses the myth “The Fall of Icarus” as a counter-parable for a ‘failed’ marriage. Imprisoned by King Minos, Icarus’s father makes him wings but warns him not to fly too close to the sun. Ecstatic with the ability to fly, he does not heed his father’s words; soaring higher, and higher, the wings catch fire, and Icarus falls to his death.

Gilbert asks us to consider that something is not a failure because it ends; Icarus did fly – SOAR – after all.

Just as planets are formed from exploding supernovas, just as the Phoenix rises from the ashes, there must be death for birth. Impermanence is an eternal paradoxical cycle. Something must end for something else to begin. And just because we fall, doesn’t mean it’s a failure. It’s an experience in the grander scheme of our lives. Are we present?
I won’t be booking my next vacation spot to Hawaii for a surf competition anytime soon, but a handful of lessons later, I felt the sweet spot of connecting with a wave and riding it to the shore. Perhaps just as important, I became totally okay with falling in the process.

I believe that surfing was symbolic of another underlying fear I had for my own NGO project: that I would fail. Somehow at least, by either not completing or by not pleasing.

With lack of internet, with time constraints, with lack of skill sets, would it be possible to succeed?

He grabbed my hand and led me around the gym.

Look at all this around you; this is the journey of your life. All this stuff, it’s just distractions. But the journey – are you experiencing it? Success. Can you feel success? Can you touch it? Can you take it with you when you die?

She took nothing with her when she died. In those final moments before my mom passed away, I looked around the room; only the people there could be quantified, and only the love could be qualified.

By conversing and exchanging with my NGO Upcycling guru, Marc, he taught me not to focus so much on the end product, but to be present in the process; because really, life is not about the destination but the journey. If we don’t stop, look around, and smell the roses every now and then, it’ll pass us by.

Diptee, on the last day, talks about Atman and Brahmin in Indic philosophy and universal consciousness. How the soul, Atman, is a drop of water and liberation is its merging into the vast ocean which represents the Supreme Soul, Brahmin. The soul and God are equal in every respect, and liberation or moksha entails realization of one’s connection to the source. Thus, one’s mistaken sense of individuality is dissolved, and one merges into the all-pervading Supreme.

It felt like when I finally hit that sweet spot and became one with the wave, nature and the literal and metaphorical flow of the source.

It felt like the ebb and flow of the music reverberating through my body and those around me at the Solitude Farm Festival; and how Krishna said celebrations are us celebrating each other’s existence, in that time and space, together.

It felt like when I held the camera to my face at Upcycling and I got lost in the flow of the creative process.

On that note, I sign off with a quote by Ram Dass :