My day started out with the usual morning breakfast at Morgan’s, scrambled eggs with toast and milk coffee. Then, I went to the Matrimandir for the first time, one of the most intriguing experiences yet, but I’ll leave that for another blog entry.

I’ve had an idea for my personal project before I even left for India. Working with children in Brazil and establishing a genuine relationship was always something I felt passionate about. So, my idea was basically to get children to walk around Auroville and take photos of something, I hadn’t really thought about what that something was until I started volunteering at Wasteless. I mentioned my idea with Rihbu, the organization’s founder, and thought he could help. He really liked the idea and thought it could be great if the project complemented Wasteless’ new educational program kNOw PLASTICS. Together we decided the kids would take pictures of plastics. They were to think about where they got their plastics? How did they use plastics? And where they threw their plastics away? 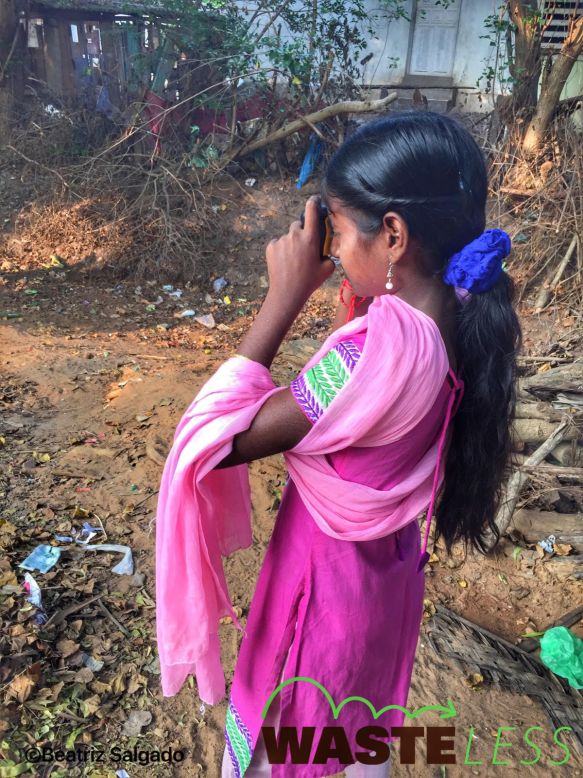 I had already been to Aikiyam School the day before to observe the pilot testing for Wasteless’ new educational program, so I had met the principal of the school, Shankar and he said I could meet with the kids on Saturday afternoon. The next day, I got all my gear, which included three disposable cameras, a laptop, water bottle, my journal, and a charger and headed for Kulapalyum Road. While I waited for Shankar to confirm, I had a delicious lunch at Frites with my classmate Imani and later coffee and brownie at Marc’s café, an indispensable place to drink coffee while in Auroville.

Finally, I heard from Shankar and walked to Aikiyam School under the hot afternoon sun, not to mention it was winter. I went to the science room where the teacher and students were doing extracurricular work and waiting for my arrival. They usually have some activities during the weekends to keep the students busy. Before heading out for our photography exploration, I decided to talk to some of the students and interview them about plastics. Though they were a bit shy in the beginning, I was surprised by how much they knew about the issue. 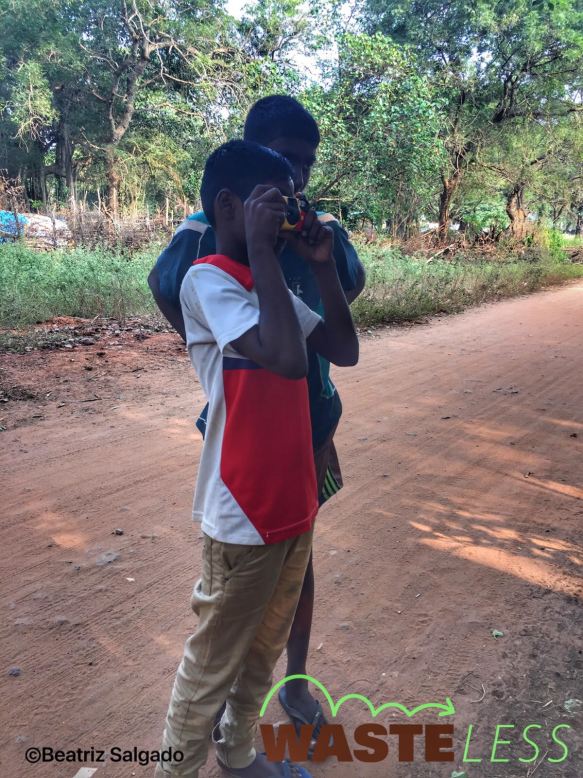 The purpose of the assignment was to take photographs of plastics in their point of view by keeping in mind the three questions mentioned above. As soon as we stepped out of the school, they immediately started taking pictures of the waste they found right outside the school: plastic bottles, bags and even a CD! We walked along the main road and headed towards Kulapalyum village where the kids lived. As we strolled around, the students entered different shops and interacted with people explaining to them what they were doing and why they were taking photos of plastics. Then, we started heading to each of their homes. What was interesting to observe were the different perspectives they had on what was clean and dirty. One of the questions was if they thought where they lived was a little, medium or a lot dirty. Most of them answered little or medium and that it’s sometimes clean and sometimes dirty. I remember thinking, ok, so they live someplace decent. I was wrong though, what was surprising was their notion of somewhere clean turned out to be a completely different conception from my reality. 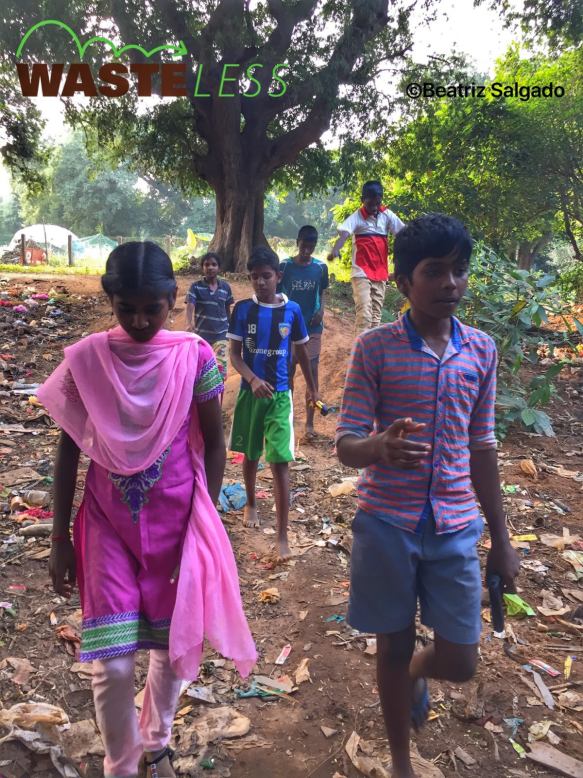 During the interview, they all answered that they threw their trash and plastics in dustbins in their homes and that they don’t throw waste on the streets. One student even said they separated organics from non-organics at his house and that after it was separated, the “people that do the duty comes to pick it up” (Arjun).

The small comfort that I did have, despite seeing those kids’ environment and their reality, was that they were still being kids and had so much fun taking photos with a simple disposable camera.